We are often approached by people who feel a little confused about the different types of digital realities and their capabilities, and understandably so. The term ‘digital realities’ is incredibly broad, and not very helpful for beginners.

This is why we have compiled all of the essential information into bite sized chunks, to help those in need to get to grips with this fast growing cluster of technologies.

We’ve also created a snazzy info-graphic that you can download for free at the bottom of this post for a quick reference guide (it also makes for a cool looking poster or handout).

So, down to the point… 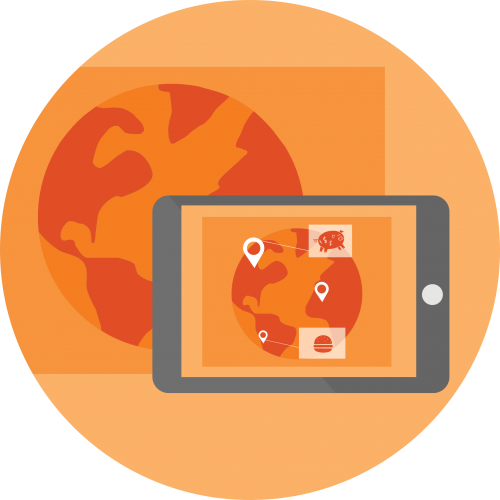 Augmented Reality is a type of technology that allows us to bridge the gap between digital and physical worlds. The technology works by using aspects of our surroundings to trigger digital content, which then appears as if it is directly layered over the physical stimuli.

This digital content can take the form of CGI interactions, animations, text, imagery, games, videos, voice overs – you name it! There are very few limitations.

As the name suggests, AR works by augmenting virtual elements over existing, real-world points of reference. The technology needs to be able to visually understand a view of the user’s surroundings and be able to pick out which parts are relevant for triggering digital content. The function of AR is to extend the meaningfulness of something real by providing digital information that adds intellectual or entertainment value.

In order to ‘attach’ digital content to parts of the real world, the camera being used needs to be able to recognise ‘triggers’ or ‘targets’ to expose the AR content. These triggers can take many different forms. Examples include:

Printed Imagery and Objects – Using print imagery is one of the more popular methods of triggering AR content due to the creative flexibility it provides. Anything from printed adverts to business cards to images on the sides of buildings can be used – providing they have enough visual contrast and detail.

Surface Recognition – By intelligently detecting and tracking surfaces, augmented content can be implemented on top of real world surfaces without the need for a target image (Read more about how Apple and Google are using this technology here).

A huge attraction to AR comes from the fact that it can be so easily integrated into mobile applications (most AR only needs and RGB cmera to work). This means the technology can be distributed globally very easily and is the most convenient way for most people to access AR content, since it doesn’t require specialist hardware in most cases,only a device with a camera such as a phone or tablet. 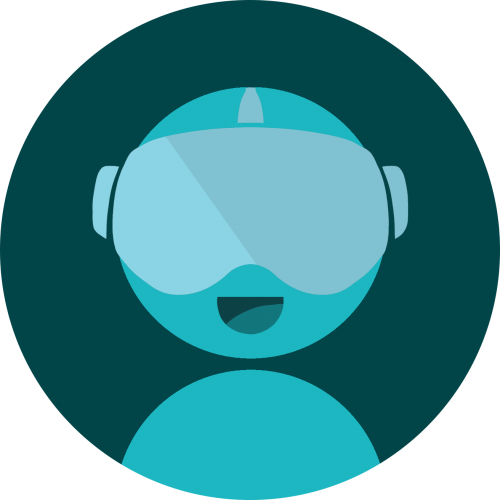 Virtual reality is a technology that enables us to generate digital simulations of 3D environments and images and interact with them in seemingly real ways with the help of specialist equipment. VR is a hugely useful tool for visually transporting users to any location or situation in seconds and is great for training and simulation purposes, as well as for entertainment.

VR works by creating digital environments and experiences that tap into the bodies sensory inputs such as sight and sound (or even movement, smell and touch) in order to essentially trick the brain into feeling that what they are experiencing is real, or at least more real feeling than watching a video or playing a game on a rectangular screen.  High quality VR is highly responsive and interactive and uses head tracking and motion tracking to simulate real human movements and reactions – some experiences, such as the ones in our EEVR range even monitor hand movement, eye movement and/or brain waves.

Virtual Reality can be used across a range of devices. The most immersive feeling experiences require some sort of head mounted display, such as an Oculus Rift or Samsung Gear VR to block out the real world view and use two image feeds to simulate the way a person uses their left and right eyes.

VR can also be implemented onto non VR devices such as computers and tablets, but the feeling of submersion is lost due to the fact that users are more aware of their real world surroundings and have to manoeuvre their virtual view through computer functions or device movement, which doesn’t feel as natural.

Mixed reality is similar to augmented reality in the sense that it is incorporating digital content into a real world view. The difference is that mixed reality intelligently merges the real and digital by recognising our environments to allow the digital content to co-exist and respond realistically and in real time.

Instead of the real world being completely replaced by a virtual simulation, mixed reality anchors parts of these virtual worlds into our real world view dynamically. This is done using environmental and surface mapping place the content appropriately within any given environment. Once the content is locked in position it can then respond realistically, for example appear to get bigger or smaller depending on distance or partially disappear if the users view of the object is blocked, for example.

This form of digital reality requires more advanced technical implementations, and is still relatively young. Devices utilising the basics of the technology are high end and quite limited. A few tech companies such as Microsoft and Windows have both released headsets that use the technology.